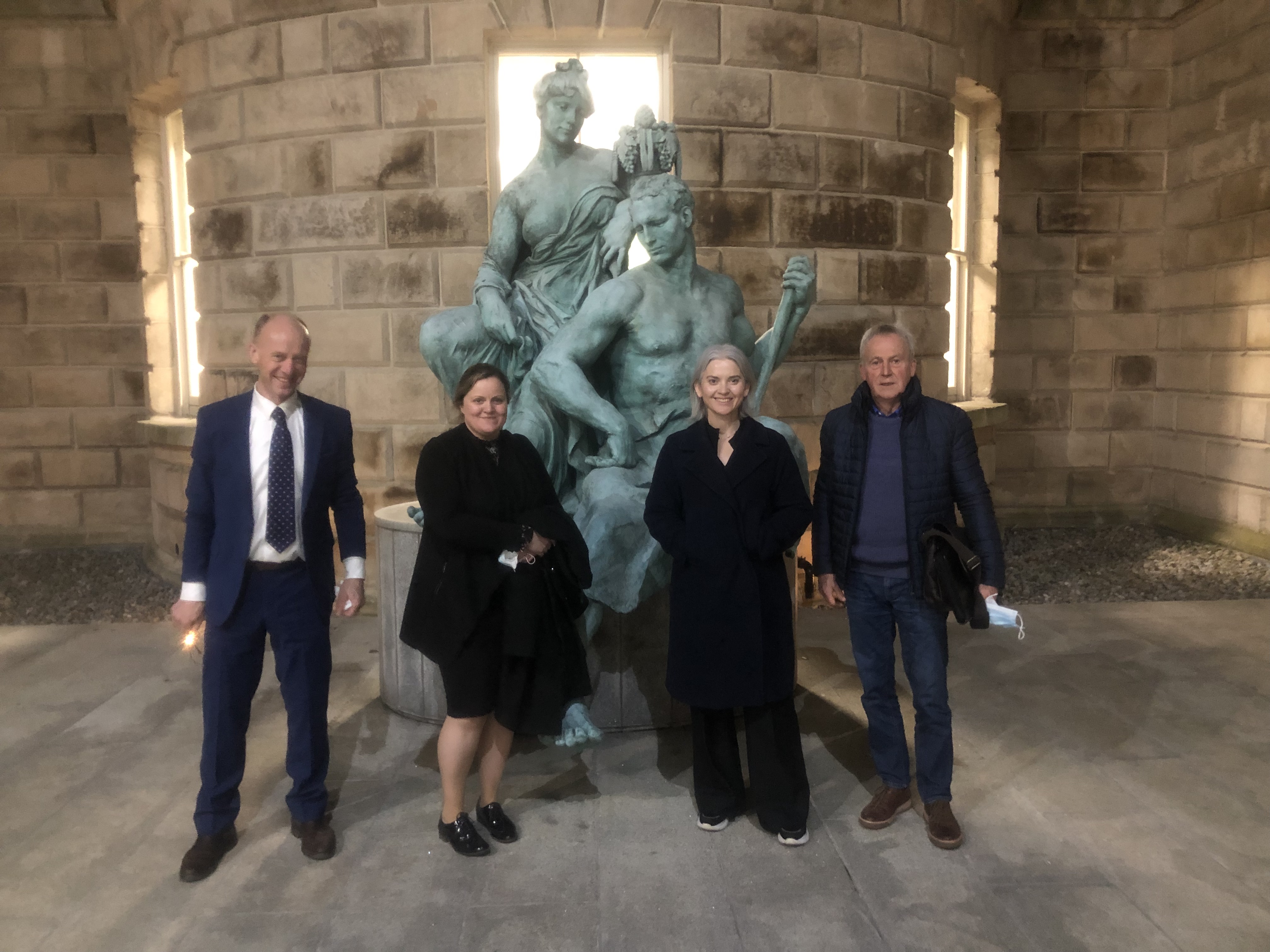 A delegation from the Tipperary based group ‘Hedgerows Ireland’ made a presentation to the Joint Committee on Agriculture, Food and the Marine at Leinster House on Wednesday 9th February following an invitation by the Chair Jackie Cahill TD. Alan Moore from Fethard and Michael Hickey, a suckler farmer from New Inn represented Hedgerows Ireland and they invited two expert witnesses, Shirley Clerkin Heritage Officer Co.Monaghan and Lilian O’Sullivan from Teagasc to give  evidence in relation to hedgerow research. Donal Sheehan a dairy farmer from Fermoy and founder of The Bride Project also gave evidence via video link about the many benefits of hedgerows in his farm practice.

“We are lucky to have this resource, but it is disappearing fast...”

The key message from the delegation was that Ireland is lucky in having a network of approximately 680,000 kilometres of native hedgerows remaining, but that this valuable resource is being destroyed at an alarming rate. The official estimate from the EPA is that up to two thousand kilometres of hedgerow are being removed annually, but research last year from Co. Monaghan puts the figure even higher. The typical reason for removal is agricultural expansion, often at a time of changed ownership and typically, though not always associated with intensive dairying and tillage. While large fields with no hedges have been encouraged in previous decades as a ‘progressive’ farming measure, that view has changed in view of the need to urgently address climate change and species extinction. We now know that hedgerows perform a wide and vital range of services ‘for free’. Top of the list are carbon storage and biodiversity protection. Other benefits include flood and drought prevention, soil improvement, shelter, shade and landscape definition. The contribution to the mental wellbeing of the public, and that of farming families in particular is a benefit provided by beautiful hedgerows that is not often discussed but is increasingly appreciated as we lose more and more of our natural heritage.

Apart from unnecessary removal, research has found that most of our hedgerows are designated as being in ‘poor’ condition, with extensive gaps and often very severe annual cutting regimes which prevents them from reaching their potential for all the services listed above.

The delegation told the Oireachtas committee that hedgerows have very poor legal protection: they highlighted how the Wildlife Act has plays a limited role here but even this weak protection is confined to the nesting season only. In addition they claimed that the Department of Agriculture is failing in its duty to effectively regulate applications for removal. 95% of landowners who seek approval to remove their hedgerows will be given the go ahead without an environmental assessment being carried out to gauge the effect on the landscape. Hedgerows Ireland are demanding better legal protection and an urgent revision of the Department regulations.

Reward landowners for good hedges in the new CAP

In addition to demanding better protection, Hedgerows Ireland made a key recommendation to the Oireachtas committee for the new CAP farm payment schemes to reward good management of existing hedgerows. Allowing hedgerows to become taller and wider will double or treble their ability to store carbon which has huge relevance as Ireland attempts to meet the very demanding climate targets set for the agriculture sector. Lilian O’Sullivan from Teagasc gave evidence about the Farm Carbon hedgerow project she is involved in which is using drone technology to give a score card for each farm in the country and by 2023 will allow an accurate carbon figure to calculate net carbon storage figures. These could be used for results based payments for carbon in hedges.  The group is adamant that farmers deserve to be paid for playing their part in reaching our goals.

Achieving good  hedgerow quality requires specialist knowledge including planting choice and cutting regimes and other specific skills.  Teagasc used to run hedgerow management courses  in conjunction with the agriculture colleges but these have been discontinued in recent years. Hedgerows Ireland made a recommendation to the Dail Committee that these should be reintroduced and provide a certification of competence for operators as in crop spraying.

Good general advice is available on the Teagasc website

Deputies and Senators in attendance at the hearing were supportive of the group’s aims and recommendations and asked detailed questions about the matters raised. In relation to the new CAP and hedgerow payments, Deputy Brian Leddin said that these have yet to be finalised. Since the Oireachtas hearing and the extensive media reporting of the proceedings Hedgerows Ireland report that they have received many supportive emails and messages from around the country from people who share an interest in protecting our environment. The need to work with nature and leave the land in better health for this and future generations has been a common theme. The group has also been running an online petition in recent weeks seeking better protection for hedgerows and has received over two thousand signatures in support. https://www.change.org/p/irish-legislators-help-us-stop-hedgerow-destruction

After their successful ‘day out’ in Leinster House, Hedgerows Ireland are now seeking cross party support for their recommendations and will be ramping up the pressure on Deputies and Senators to turn these into actions.

Hedgerowsireland.org can be contacted at info@hedgerowsireland.org  Currently a social media expert volunteer is needed to help with promotion work. Future events are being planned to highlight the benefits of good quality hedgerows and these will be advertised on the website in due course.

Hedges help protect water quality by acting as barriers to overland flow of water which can contain nutrients and sediment which we don’t want to end up in watercourses.